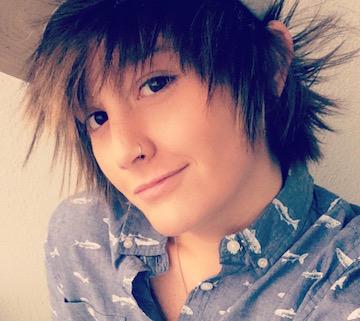 The daughter of friends tragically died recently. Her name was Delaney and she was only 20 years old, the same age as one of my own children. She did not intend to, but she died from the effects of an overdose of heroin. Delaney was just coming into her own, discovering a vocation and a purpose that fit her talents and skills. She had stopped using drugs, and was on the path of a renewed life. Something happened that upset her, got her off balance, and the old demons came calling again.

Psalm 8:2 recognizes the power of truth that comes “out of the mouths of babes and infants” and we hear this wisdom not only in the witness of Delaney’s life, but in the words she left behind. Her parents found the poem below on her computer—a poem Delaney never shared. It reveals the depth of our human struggle for meaningful relationships, to be seen for who we really are, and to live with intention, offering insight beyond her years.

In Delaney’s words, we hear an echo of Jesus’ teaching in Matthew 15:11 that is it “not what goes into the mouth that defiles a person, but what comes out of the mouth.” We also hear God’s instruction to all of us through the prophet Samuel who was sent to anoint the young shepherd boy, David, to be king of Israel: “Do not look on his appearance or on the height of his stature … for the Lord does not see as mortals see; they look on the outward appearance, but the Lord looks on the heart” (1 Samuel 16:7). Delaney points us toward the truth spoken by Paul in Acts 20:35 that it is "more blessed to give than to receive." And we hear the admonition given in the book of James that encourages us to be “quick to hear, slow to speak, slow to anger” (James 1:19).

If I wanted to sit down and write a poem that encompassed messages from the Old and New Testaments as well as Jesus himself, I couldn’t do it. But Delaney did. With her parent’s permission, I share Delaney’s words in thanksgiving for her life, in honor of her memory, and in the hope that her life will continue to speak, and we will begin to listen.

i seem to always speak words as if none of them mattered
so if you ask me why i spoke in an octave that could break glass
the only answer i have is that its already been shattered.
my sister used to ask if i could hear what i was saying
and to look into the mirror so i could see what i was displaying.
but it seems like nobody knows we weren’t given eyes to look but to see
so we just look on the outside and not what lays underneath.
and most of us know how to hear but not listen
barely grasping at the words, so all the meanings - we miss them.
what if one day someone told you life isn’t worth living?
if all you do is hear, they could be just another life missing.
and some day you’ll ask yourself why didn’t i pay more attention
to the people around me who needed affection.
and most of us run our mouths as if we're running a race
like being right or being wrong goes hand in hand with first and last place.
but I wish someone had told me sooner that every single word i speak matters
and had helped me glue together every single piece, as if the glass had never shattered.
so learn to give more than you take, rather than take more than you give,
its the difference between living a life you think you love, and loving the life you live.
we were blessed with two eyes, two ears and one voice.
once we've chosen how we use them we may never get another choice.
so make sure the way you choose, is the way you want for life
because how you choose to use them is how you’ll be seen through everyone else’s eyes