Hidden Figures Brings Us All into the Light 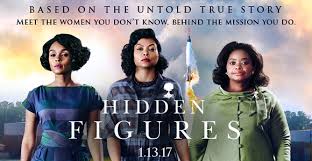 I was both inspired and disturbed as I watched this movie last weekend. It’s not difficult to understand the depth of structural and institutional racism that lingers in this country when only 60 years ago, Katherine Johnson had to run a half mile to find a “colored ladies” restroom at NASA; Dorothy Vaughan couldn’t access a computing book since it was in the “whites-only” section of the library; and Mary Jackson had to petition a judge to attend an engineering class only taught at a segregated white school. Neighborhoods were red-lined and schools were and continue to be under-resourced. In her blog, the Rev. Wil Gafney, PhD, writes, “This intentional under-education, miseducation, and constant changing of job qualifications to exclude African Americans—along with excluding black veterans from the GI Bill—was designed to build the white middle class at the expense of and on the plundered wealth of black folk.”

And whites today still wonder why there’s a Black Lives Matter movement when the racist attitudes behind the segregation so clearly portrayed in Hidden Figures is still manifest in some of our institutions. It’s hard for us as white people to admit that an equal playing field for people of color feels like oppression to those of us who are accustomed to preference and privilege. The importance of the movie, Hidden Figures, is that it so clearly portrays that access for and full use of the talents and intelligence of ALL Americans does not create fewer opportunities for others; on the contrary, it benefits all of us—it got us to the moon! It’s hard to let go of the zero-sum approach to equal access and economic success, but having these three powerful women working in NASA in the 1960’s was a boon to all Americans, indeed, all of humanity. Far from diminishing others, their lives and work created more opportunity for so many, not the least of whom of was John Glenn.

We can still support our societal structures and those who work in them (e.g. law enforcement) and also hold them accountable to the hard work of eliminating prejudice and racist beliefs that manifest themselves in unequal treatment (and too often, death) of persons of color. Katherine Johnson, Dorothy Vaughan and Mary Jackson succeeded due to their brilliant minds, their tenacity in the face of discrimination, and the support of their families, church and community. We all need to continue to work for a country where their counterparts today find even more support through fully funded schools, safe neighborhoods, access to healthcare, and institutions that advocate and celebrate their contributions to society on an equal playing field with all citizens.