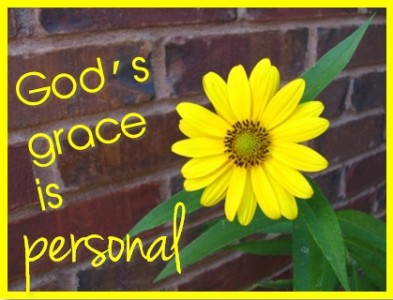 I was told a wonderful story by Dave, an attendee of a funeral at church the week before Christmas. We had just heard the same passage from John 14 that was read at his own mother’s funeral. At her service when Dave heard the verse, “in my Father’s house are many mansions; if it were not so, would I have told you that I go to prepare a place for you?” his heart fluttered and he wondered why. Later that week, they had cleaned out his mother’s belongings and she had a box with a Bible verse for each day. “My wife and I were miserable,” Dave said. “We were drunk all the time and our life was terrible. I asked her to open the box and read one of the cards; guess which one it was? ‘In my Father’s house are many mansions!’ I thought maybe God was trying to tell me something. I started listening to sermon tapes in the car, and I realized God wanted to have a relationship with me. So, I got sober and it changed my life.”

How is God personally communicating and reaching out to you? In the flurry of making (or avoiding) New Year’s resolutions, I wonder how our life would change if we simply paid attention to how God is showing up in our daily life—a resolution to slow down and ponder rather than to try harder to whip ourselves into shape. Jesuit priest, Fr. James Martin said God met him while he was watching PBS after terrible day. In an interview with Krista Tippett he said, “And that’s where God met me. Because that’s where I was.” In his novel, The Abbey, Fr. Martin writes, “In one person God might work through a close relationship, in another through a book, in another through prayer, in others through music, nature, dance, children, coworkers or art.”

God meets us personally, where we are. My prayer for 2017 is that like Dave and Fr. Martin, I will have the eyes to notice and the heart open to being changed.