The Spirituality of Space 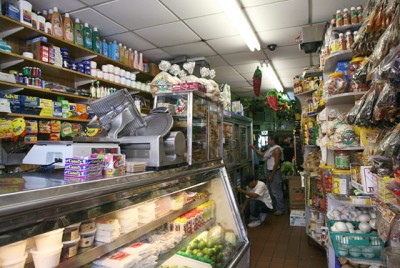 For Christmas Dan bought us a 3-night stay in NYC to hear jazz singer, Stacey Kent perform at the Birdland Jazz Club, and to see a Broadway Show of my choice (we saw The Book of Mormon- very crude, but hilarious!). We were there for “snowzilla,” the second biggest blizzard in the history of the city, missing the record by only 1/10th of an inch. So we also got in an extra Broadway show, The School of Rock, which was superb and so much fun.

If you’ve been to Manhattan, you know the fascinating diversity of people and languages, and the heightened anticipation of never knowing what sort of image of God is going to walk around the corner. But on this trip, I was more often struck by the economy of space. I’m a person who likes space around me. In fact, it’s become a bit of a family joke. I like space around me when I sleep, when I sit on the couch, above my head and around me when I drive (which is difficult when one wants to drive an environmentally friendly car). I get uncomfortable when if feel cramped, crowded or pinned down. But when you’re on an island that's not even 23 square miles with 1.6 million of your closest friends, space is at a premium.

The corner grocery store we went to had items packed from floor to ceiling with an entire deli, salad and dessert bar packed in behind the counter. I loved walking through these stores and marveling at how many things I could buy from such a tiny space. We went to a few restaurants that were only about 12 feet wide. This didn’t stop an Ecuadorian, Indian or Chinese family from putting up six tables that could squeeze in 15 customers to delight with their homemade recipes.

The Broadway theaters we attended are small compared to our St. Louis-style events. The theaters seated 1100 or 1500 people compared to the 4500 that fill the Fox Theater or the 11,000 who can watch a Muny production in the summer. The bathrooms were tiny, our hotel room was cramped, and the counter space for our stuff was limited. We packed for three days and stayed for five, so I used my products more sparingly to make sure they lasted.

Rather than being cramped, I found in these small spaces a surprising sense of relief, even comfort. They invited me into a simplicity that evoked an expansiveness of spirit and energy which were no longer consumed by stuff and space management. I am left wondering how much valuable energy is eaten up by dealing with stuff rather than engaging in life-affirming, spirit-led relationships and engagements. An economy of space leads to an economy of energy expended.

For a Lenten practice, one of my former spiritual directors and a Benedictine nun would give away one item a day for the forty days. She always worried that she would not have enough to give away because she had already taken a vow of poverty and didn’t really have that much stuff. But she was always surprised at Easter that she did have forty items she had accumulated over the year that were not really essential to daily life. She found the release of these items freeing and spiritually renewing. I could probably give away ten things or more a day for Lent and still have more than I need, but at least I can begin.