Christ the King Sunday: A Response to Fear 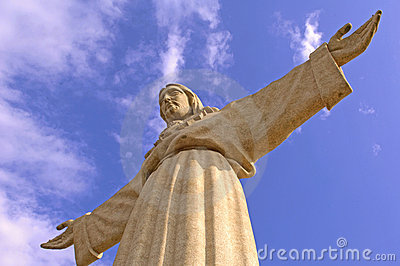 Text: John 18:33-37 - Then Pilate entered the headquarters again, summoned Jesus, and asked him, "Are you the King of the Jews?" 34 Jesus answered, "Do you ask this on your own, or did others tell you about me?" 35 Pilate replied, "I am not a Jew, am I? Your own nation and the chief priests have handed you over to me. What have you done?" 36 Jesus answered, "My kingdom is not from this world. If my kingdom were from this world, my followers would be fighting to keep me from being handed over to the Jews. But as it is, my kingdom is not from here." 37 Pilate asked him, "So you are a king?" Jesus answered, "You say that I am a king. For this I was born, and for this I came into the world, to testify to the truth. Everyone who belongs to the truth listens to my voice."

You probably think I am referring to the recent terrorist attacks on a plane of Russian tourists, in Beirut, in Paris, in Nigeria, in Mali– and their devastating destruction and tragic loss of life.

But I am also describing first century Palestine and the life of the Jewish people under the Roman Empire – an empire and culture of violence that provides the context for our Gospel lesson this morning.

It’s startling, isn’t it? How similar our stories have come to be. We can imagine the conversation between Pilate and Jesus as a modern day dialog about which kind of kingdom, which kind of power, and to what kind of dominion will we be devoted.

In the John 18, Jesus and Pilate are using the same language and the same words – kings, dominion and power, but they are each talking about completely different things.

In verse 36, Jesus claims his kingdom is not from this world and he contrasts himself with Pilate:

• Pilate's followers imitate him by using violence to conquer and divide people by race, ethnicity, and nationality. Jesus' followers put away the sword in order to invite and unify people, as Jesus does when he says, And I, when I am lifted up from the earth, will draw all people to myself. (John 12:32).

• Pilate taxes the poor, takes what is not his, oppresses those without military might, cares not for others except to the degree that they serve his agenda. Pilate has no interest in building community - much less one guided by truth and love, and Pilate keeps order through fear--through the threat of death on a cross or otherwise. Again, by contrast, Jesus’ ministry has been a traveling parade of love, healing, renewal, second chances, beatitudes and bread – lots of bread to feed thousands and thousands of people. The blind receive their sight, the lame walk, the lepers leap for joy, the demon-possessed dance with praise. Jesus empowers others and uses his authority to kneel down on the floor and wash the feet of those he leads. Jesus spends his life on them, every last ounce of it; he gives his life to bring life. Jesus enters death to show us beyond the shadow of a doubt, that not even violence and death can stop love, eternal life and the reign of God.

We each struggle with a very real fear along with angry abhorrence and deep sorrow to what we have witnessed around the world in just over a week. We are tempted, and we do want to give into fear, to close our borders, increase military action abroad, use drones and every kind of fire power against our enemy, but who’s kingdom does such action follow, Pilate’s kingdom or Jesus’ kingdom?

We bring our cries and prayers before God today and we ask for the power and wisdom of our risen Lord and King to help us tease out the differences between what our fear want us to do and what our faith in Jesus Christ calls us to do. The great sin of American Christianity has been to merge our patriotism with our Christian calling in the world, but our Gospel lesson makes clear today, that these are often not one in the same. I can’t think of a more appropriate time to lift up Jesus Christ as King.

For all violence, whether wrought by terrorists or nations, is the way of Pilate which never leads to a crown, a kingdom, and a power that is true and everlasting.

For the way to the crown is through the cross; and the way of the cross leads to the crown of righteousness. Mahatma Ghandi said it this way: “The enemy of love is not hate, but fear.” In fact, there are 365 verses that say, “Fear not” in the Bible – one for every day of the year. Clearly, fear is our major human issue in our relationship with God!

It does not mean that we don’t need systems or screening at our borders. But as Christians, we must call to account manipulation through fear-mongering and unethical, inhuman policies that result from fear.

Jesus did not let fear, the threat of violence, or the pain of death put a stop to his love, compassion and solidarity with God’s people. In fact, his kingdom is so powerful that it
bridges this life and the next life, the earthly realm and the heavenly realm, the finitude of this world and the infinity of the next. Communion is one event where these two realms are joined: When we celebrate Communion, we do so knowing that we are at the table with the Church triumphant at the heavenly banquet. We make up ½ the table here and the other half extends into heaven where all the saints of God and our loved ones who have gone before us (including my Mom and my in-laws) are feasting with us in heaven as part of this “Holy Commuion!”

Knowing that our life ends not in death, not in fear but in a real, risen, eternal life with our Lord and with all people and with all of Creation, Jesus, our King, calls us to live in this eternal kingdom here and now, as a witness against the “Pilates” and “terror-mongers” of our time. St. Ignatius of Loyola, the founder of the Jesuit order and The Spiritual Exercises, words Jesus' call to us in this way:

It is my will to win over the whole world, to overcome evil with good, to turn hatred aside with love, to conquer all the forces of death—and whatever obstacles there are that block the sharing of life between God and humankind. Whoever wishes to join me in this mission must be willing to labor with me and so by following me in struggling and suffering, [in loving and forgiving], that you may share with me in glory. (A contemporary interpretation by David L. Fleming, S.J. in Draw Me Into Your Friendship, p. 85)

Jesus’ call to embody his kingdom here and now—before its final and complete fulfillment—goes out to all peoples, yet he specially calls each one of us in a particular and unique way.

Yet Jesus brings us together and unites us in and with his body in heaven and his spirit on earth—through bread and wine, through song and prayer, through fellowship and forgiveness, through "St. Thomas and Holy Spirit" - this church!

Be filled with Jesus love at this table today, and at your own table every day. Embody God’s kingdom in your daily life, your daily conversations and your daily actions by being
grounded in God’s love for you, grounded in God’s love for this whole Creation and for every person it; that God knows every hair on our head; that the Spirit is part of every breath we take, and that Jesus presence can work through us, making the impossible, possible.

That’s what Christ our King desires; and it’s absolutely what our world needs. Amen.