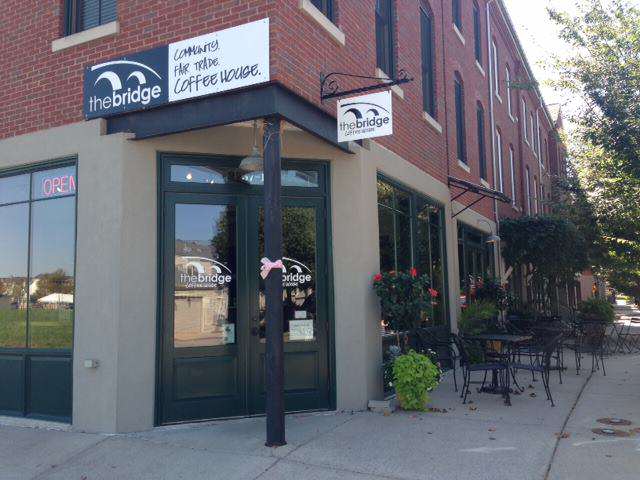 One thing I love about the Holy Spirit is that you never know how and when she will show up! I expierenced a wonderful "God-sighting" this past Sunday as I led worship and preached at a coffeehouse-fair trade ministry in New Town St. Charles called The Bridge. The mission developer/pastor, The Rev. Libbie Reinking was doing a series on Creation and the theme for the day was water - Living Waters. Libbie saved this theme for me since I have worked a lot with image in the last couple of years as part of a new mission congregation by the same name (we ended the mission start due to my chronic migraines - you can read about our learnings here).

The Gospel reading was taken from John chapter 4 where Jesus encounters a Samaritan woman at Jacob's well and offers her living water. I divided the reading into 3 parts – narrator, the woman and Jesus. As people arrived, a man, Derrick and his teenage daughter, Katie sat down and I asked the two of them to read the parts of Jesus and the woman. A little bit later, their wife/mom joined them. At the appointed time, Derrick and Katie stood up and did a beautiful job giving voice to the Scripture story.

Before I could start my sermon, Katie's mom, Judi, interrupted me and said, "I just have to share something with you about this passage. Katie is adopted from Serbia and in the Eastern Orthodox tradition in that country, the woman at the well is named 'Svetlana', so Katie read the part of Svetlana from her home country!  And Svetlana is Katie's Serbian name!"

This reading meant a great deal to them as a family and there is no way I could have known this! We were all "wowed" by how the Holy Spirit showed up, and I was able to use the name Svetlana in my sermon which followed.

Later I read that Svetlana, which means light, is not only the name of this woman at the well, but that she is a saint in the Eastern Orthodox Church – St. Photina (from phos which is Greek for light). She preached the Gospel of Jesus, as did her 2 sons and 5 sisters. Under Emperor Nero (54-68 CE), known for his excessive cruelty against Christians, they were all imprisoned, tortured and martyred, but not before bringing many, many people to the light of faith in Jesus Christ, including Nero's daughter Domina. You can learn more about St. Photima here.