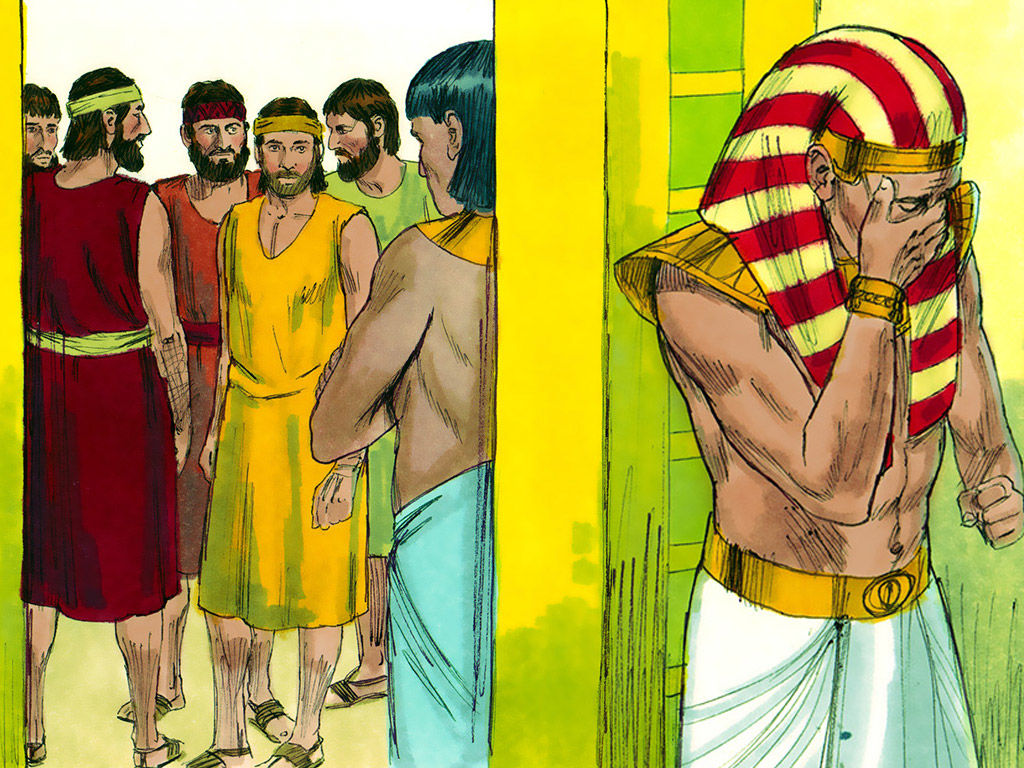 (I apologize this may be the second time you receive this due to a posting/computer error).

When was the last time you had a big, ugly cry? A messy, wailing, embarrassing cry? I know every guy is squirming in his seat as I say this, since crying is considered an “unmanly” thing to do in our culture. But maybe you can be encouraged by Joseph today. If you have not had a big ugly cry in the last five months since the pandemic started, I would say, you are due.

Maybe like Joseph, you need to hold on until you are alone before you can let it out. Maybe, you need to wait until you get in the shower so the water and the fan can muffle the sound. That is okay. Use Joseph as a model and stop trying to hold it in, maintain control and instead, just let it out. What is the worst that can happen? Trust me, no one finds having a stroke, a heart attack, an addiction problem, or any other stress-related disease more attractive than the occasional ugly cry.

Even though he sent people away, when Joseph cried, he wept so loudly the whole household heard it. But it was his moment of transformation.

What led Joseph up to that moment? What happened that he could no longer hold it in, no longer fight for control, no longer hang on to anger and resentment toward his brothers? He had been through so much! Let’s do a quick review.

After his brother’s sold him into slavery with traders heading to Egypt, Joseph was sold Potiphar, the captain of Pharaoh’s guard. He prospered there, running the entire household. That is, until Potiphar’s wife propositioned him, and even though he refused, she falsely accused him, and he was thrown into prison.

While in prison, Joseph befriended two royal officials who had strange dreams that mystified them. Joseph, who knew a thing or two about dreams since he had them himself, interpreted their dreams correctly. He asked one of the officials to remember him when he was released and put in a good word with the Pharaoh, but he forgot. Joseph was in prison for two more years.

Then Pharaoh had unsettling dreams: the first dream involved seven sleek and fat cows being eaten by seven ugly and thin cows. Pharaoh’s second dream was similar: seven plump and good ears of grain were swallowed up by seven thin and blighted ears of grain. No one could explain these dreams to him. The royal official who met Joseph in prison finally remembered him, so Pharaoh called for Joseph to tell him what his dreams could possibly mean.

Meanwhile, Joseph’s family back in Canaan had run out of food during the famine, and they heard there was grain in Egypt. Jacob, now called Israel, sent his 10 sons there to get food, keeping back his youngest and new favorite, Benjamin, the second son of his beloved Rachel. When the brothers arrived in Egypt, Joseph recognized them, but they did not know Joseph—how could they? It was inconceivable that the brother they sold into slavery long ago would be the second in command in Egypt. Joseph’s dream of years past came true, as his brothers bowed down before him, asking for grain.

But Joseph did not reveal himself right away to his brothers—he toyed with them and tormented them for a good long time—months or even years. Joseph accused them of being spies. Convincing them of his gift of divination he kept Simeon as a hostage until they came back with their youngest brother, Benjamin. When he sent them back to Canaan, he hid money in their grain sacks—not to help them, but to make them worry about being accused of theivery.

Israel could not bear to part with Benjamin, so months go by. But they ran out of food again, so the brothers returned to Egypt; this time bringing Benjamin, and returning the money Joseph added to their sacks.
Joseph released Simeon and sent them away with grain again, but this time, he hid a silver cup in Benjamin’s grain sack and then sent his police force after them. Joseph threatened to keep Benjamin as his slave to atone for his supposed crime of stealing. The brothers knew this would break their father’s heart, so Judah offered to take Benjamin’s place, telling Joseph that it would kill their father to lose the youngest son after he already lost his brother—that is, Joseph—years ago.

That is the moment when Joseph breaks open to transformation. He kept control of his emotions and the situation, working his anger, resentment, and revenge into all these schemes for so long—and then he just cannot do it anymore. Joseph hears how much his father misses him and loved him. Joseph hears how his brothers have changed—how much they want to take care of their father and protect Benjamin in a way they could not for Joseph years earlier. So comes the moment of truth: are his resentful, controlling schemes really working for him? No. Not now, not ever, really. His need to exact revenge melts as Joseph finally sees that God’s power has been present the whole time and God always had an alternative plan. Joseph lets go of his need to control and surrenders to God’s control.

Then, the big ugly cry begins—I am not sure there is a neat way to realize your own foolishness and really let God in (that’s why I always wear waterproof mascara). Yes, Joseph endured hardship, but God was there the whole time—

• making sure he survived,
• getting him to Potiphar’s house,
• giving him the gift of dream interpretation,
• connecting him to royal staff,
• getting him in front of the Pharaoh,
• making him the Secretary of Agriculture,
• and now, reuniting him with his own family,
• bringing his boyhood dreams to fruition and
• saving all of their lives. It has all been God’s doing.

Tears of relief, sadness, joy, overwhelm, release, confession and grace all mix together in a wail that cannot be quieted, as Joseph allows himself to be truly held by God and transparently seen by his family.

That is the gift of the messy, wailing cry—to be truly ourselves—nothing more, nothing less. To be who we really are, and be held by God, whom we let be truly God. To be seen and known in our human finitude, accepting our limitations and what we cannot control.

We cannot know and do and control everything—

• we do not have all the answers,
• we cannot make others do what we think is right,
• we cannot control a virus,
• the political environment,
• who wears a mask and who does not,
• what the school policies will be,
• and if people who are sick will distance properly.

We can make ourselves sick with anger and resentment and everyone around us miserable. Or we can turn what we cannot control over to God and from a surrendered heart manage what God has given us to manage—which is only ourselves—with faithfulness and peace. Practicing this kind of spiritual surrender is, I believe, an essential life-skill in this time, or we will come out of this pandemic with even more severe stress-related illnesses.

So, if you have not had a big ugly cry in a while, take a shower, talk to your spouse or best friend, or call me--my last big ugly cry was in July. Your body will unclench. Your family will relax. Your spirit will be able to breathe again. Your mind will stop trying to control the uncontrollable. It is okay to be a limited human being, held by God who is in control, even when we do not yet see how. That’s why we call it, “faith.”

Take a page from Joseph’s story—he endured tremendous hardship, but God was working God’s goodness and plan through his story the whole time! Joseph finally and fully participated in God’s dream for him when he let go, and let God have control. As the old song says, “Go ahead and cry.”
Image: Joseph Reunited with His Family. freebibleimages.org.