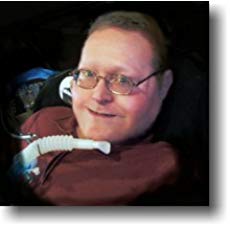 Message for Epiphany 3 with Testimony from Joseph Rowe on Matthew 4:12-25 on January 26, 2020 at St. Luke's Lutheran Church, Richardson, Texas

Everybody was drawn to Jesus—everyone from the whole region came. Matthew’s Gospel is focused on conveying Jesus as the fulfillment of the promised Jewish Messiah—we hear that the quotation of the Isaiah.

But even so, Matthew also lets us know that it was not just the Jews who were immediately drawn to Jesus. All kinds of people came from everywhere—Gentiles, foreigners, people from the Decapolis which were the ten cities to the southeast of the Sea of Galilee. Everyone came—people who were paralyzed and disabled and suffering from all kinds of afflictions—people whom Jesus will call “blessed” in the next chapter in the Sermon on the Mount.

It was as if Jesus put out a banner and said, “All Are Welcome” to come and hear the good news of God’s love.

For several years—well before I became the pastor here—this congregation has worked at becoming inclusive and welcoming to everyone. Today at the Annual meeting, we are going to consider another small step forward in being even more clear about what we mean when we say, “All Are Welcome.” 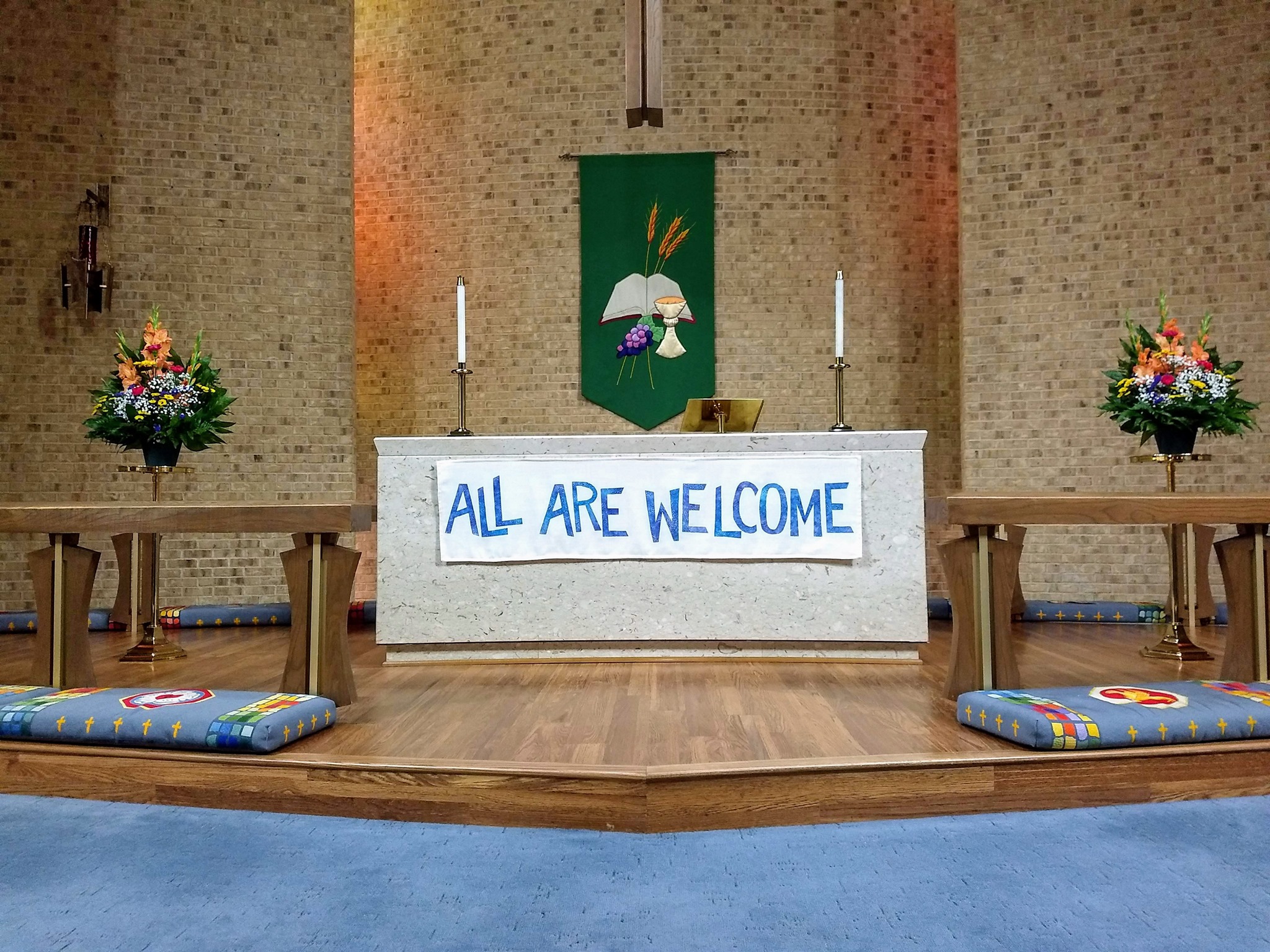 We started out the Epiphany season talking about the importance of testimony, so I have asked Joe Rowe to share some his story with us today. Joe has lot of experience of what it feels like to be both excluded and included.

Because of his experiences, he serves on the “All Are Welcome” Team to ensure others really do feel welcomed at St. Luke’s, and that we continue to do everything we can to ensure that people know our welcome includes them:

I’ve been a member here for over a year. I’m going to tell you some things about my life because my experiences with exclusion have made me hate the idea of excluding anyone from anything. Bear with me. I’m not having a pity party. I’m a happy person, but I think my experiences with exclusion are relevant to our mission as the church. It really doesn’t matter why others exclude us, it hurts just the same.

I’m seventy-two years old. As a person who’s been physically disabled since I was five when I had polio, I know all about being excluded. I never physically attended school until I went to college. The doctors were afraid I’d catch something and the schools at that time were totally incapable of accepting someone like me. “Cripples” were expected to stay home out of site, and I did. My parents, however, wanted me to have the same opportunities as other kids. Some years, my mother taught me herself, some years, I was connected to a classroom by a newly invented speakerphone, and, some years, I had a homebound teacher who showed up an hour a week to give me assignments.

What I didn’t have was other children in my life. I never had a friend from school until I was in college. I never went to a prom or a pep rally. I never had a locker. It hurt. I was excluded. Sometimes for practical reasons, but more often because I just wouldn’t fit in. I loved science. I turned half our garage into a chemistry laboratory when I was eleven. When I was in high school in Dallas with a homebound teacher, the superintendent of schools ruled that I could not be allowed in a science lab because of the danger and that since science was a required subject, I would not be allowed to graduate. My parents uprooted my family, and we moved to Arlington where they had agreed to let me graduate.

I did graduate and decided to go to college at UT Arlington. I pretty much aced the SAT exams and qualified to skip the first semester of English and math. I selected physics as my major. Then, I was told there was a problem. Science was out of the question, and they weren’t sure they could admit me at all. I would have to convince a specially appointed panel of three deans to admit me. The inquisition was brutal. It was determined that I could be admitted conditionally only if I majored in business with my status to be reviewed every six months. I didn’t like the terms, but I accepted them. I eventually graduated as the first business student with a 4.0 grade point average and did the same when I earned my MBA. There had been many obstacles for disabled students at the University, so I helped lead student protests that resulted in positive changes. (To read how Joe helped make UT Arlington a barrier-free campus, please click here.)

When I finished my MBA, I thought I’d have the world on a string. The college had publicized my accomplishments, and I had a letter congratulating me from the President of the United States. The economy was booming. My classmates were getting multiple offers for jobs paying five thousand a month or more. I applied to over two hundred companies and was not given a single interview.

My brother worked for Ross Perot’s company, EDS, and persuaded them to talk to me. They hired me at $850 a month. To make a long story short, I was no longer excluded, I finally “fit in.” I was judged by what I could do rather than what my limitations might be. I was surrounded by people who came from totally different backgrounds. Most of them were veterans recently returned from Vietnam. Somehow, though, they fully accepted this socially immature crippled egghead as one of them. We worked our butts off together, and we drank way too much together. For the first time in my life, I felt not just welcomed but invited and appreciated. I had a second home. I worked there for twenty-nine years until I took early retirement to stay home with my mother, who had developed Alzheimer’s and needed me. When she died, and EDS was failing, I began looking for a job elsewhere. I’m still looking. I’m excluded again.

I joined St. Luke’s because I felt truly welcomed, and because I felt this was a place committed to doing the same for every other human being that God has made. That is not the case with all ELCA churches. In the early eighties, I was a member of Christ Lutheran when they totally remodeled the sanctuary at great expense, only to find that they had not provided a single place for a person in a wheelchair. I left.

People who are different in obvious ways make all of us a bit uncomfortable. I led multiple local organizations working for the rights of people with disabilities in the seventies and eighties. I discovered, to my own dismay, that I was uncomfortable around people with disabilities different from my own. I was guilty of the very thing I was fighting, but I got past those feelings. Now, it is 2020. The Americans with Disabilities Act is thirty years old. Being excluded because of my disability ought to be over, but it is not. I love music. I was a season ticket holder of the Dallas Symphony Orchestra and the Dallas Summer Musicals for decades. I’ve always had a ventilator on my chair. Three years ago, the symphony made it clear that they would prefer that I only attended certain concerts they would select because people were complaining about the noise of my ventilator. They were very nice and polite about it, knowing that they could not just exclude me because of the law. Early this year, the Dallas Summer Musicals did the same thing, relegating me to the lobby to watch on TV. In my younger days, I might have defied them, but at this point in my life, I never go anywhere I don’t feel fully welcomed.

There are words on the altar behind me that state, “All Are Welcome.” The word “all” doesn’t leave us any wiggle room. I am glad to be part of a church that is willing to let people know that the “All” includes me, and it includes them, no matter who they are. Jesus was not welcomed by the church and its leaders. He was so unwelcome that they had him killed. I also know that he defied the rules of his society to welcome the unwelcomed. Whether they were Samaritans, beggars, lepers or anything else, He invited them to join His kingdom and be his disciples who fish for people. I am glad to be a part of the church who does the same and makes sure everyone knows that “All” includes them.