The Apocalyptic: Truth, Endurance, and Victory 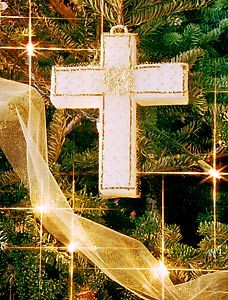 My husband, Dan’s grandparents, Henry and Agatha Little, were very formal people whose grandchildren addressed them as “grandmother and grandfather.” Both loved to tell a good a story and even though grandfather was the Presbyterian minister, grandmother was the better storyteller.

One of Dan’s favorite stories came from a visit when he was in high school; his grandparents had been married for over 50 years by then. Grandfather was telling a story and grandmother kept interrupting him to add details he was forgetting, and annoyed, he said to her, “Agatha, shut-up!” Grandmother quickly replied, “You’re just lucky I put up with you.” And grandfather quipped, “Agatha, I’d be luckier if you’d just shut-up!”

Fortunately, Dan never adopted this as a model for marital communication or he would have found out how cold the couch is, but it’s become a joke in our family conversations, especially if you talk during movies. Truth be told, this is how I react when I read passages like this one from the Gospel of Luke. This is called an “apocalyptic” passage because it describes to the end times. But I really want to say, “Jesus, I’d be luckier if you’d just shut up!”

Apocalyptic passages in the Bible like Daniel, Revelation and other passages in the Gospels cause so much confusion, misinterpretation and wasted time and energy on speculation. There have been so many times over my years of ministry that people have said that they think we are living in the end times because of the wars, earthquakes, storms and signs we see everywhere—just like it says right here by Jesus himself.

I try to lovingly say, “Yes, it is distressing that these things are happening, but that has been true throughout human history. Every generation has thought it was living in the end times—"

• The Black Death in 14th century killed 60% of Europe’s population- I bet they thought the apocalypse was upon them.
• Those who suffered through World War I, one of the deadliest wars in history, and the flu pandemic that followed taking a total of 50 million lives, probably believed it was the end times.
• The “Great Chilean Earthquake”—the biggest ever recorded—and the “Great Alaskan Earthquake,” both in the early 60’s, must have added to the feeling that the Viet Nam War, the Cuban Missile Crisis, and the social upheavals in that era of protest and civil rights, were all signs of the end times.

We can watch the news and speculate, just as every generation before us. Do on-going wars, terror, record-breaking storms, political conflicts, threats from Russia, Iran or North Korea, or the plague of gun violence signal the end times for us today?

There is one and only one answer to this question and it’s never the answer that we want or find satisfying in the least. We do not know. We never will know. Both the Gospels of Mark 13 and Matthew 24 remind us of this: “But about that day or hour no one knows, neither the angels in heaven, nor the Son, but only the Father. Beware, keep alert; for you do not know when the time will come."

This message of not knowing when the end will come is repeated in 1 Thessalonians 5, 2 Peter 3, and the book of Revelation. How easy it is to forget these passages in the Bible when wars and rumors of war fill the news, and our social media feeds. This is the very reason Paul exhorts the Thessalonians to stop living in idleness—some of them gave up the work of the church as if Jesus’ return would be the next day--we don't know, so stop being idle!

Because we don’t know, can’t know, won’t know—why does Jesus, and other apocalyptic writers in the Bible, spend time giving us a teaser? That’s why I want to tell Jesus that we’d be luckier if he’d just shut up. We can never get what we really want from this passage about the when and who and how, so what does Jesus offer us instead?

When we can set aside our desire for a crystal ball on God’s future, we can see that Jesus offers us three essential blessings as a faithful follower during difficult, tumultuous times:

1. Jesus tells the truth about the pain—The only thing worse than enduring pain or trauma in this life—whether it’s physical, emotional or spiritual—is the temptation or expectation or need we have to hide it, suppress it, deny it, minimize it, pretend it’s not there, that it doesn’t matter, no one cares, that it could be worse, that others have it worse, so buck up.

Healing never comes from the denial of pain. We have to feel it, honor it, acknowledge it and work through it to move forward, so Jesus tells the truth: Life is hard, faithfulness is difficult, you will experience conflict, and suffering, and national strife.

For the first disciples and the early church, that did mean the possibility of being persecuted for their faith. We can exercise our faith freely but that does not mean that we have escaped suffering or the fear of terror or the experience of trauma, abuse, great sorrow or incapacity. Jesus does not need your denial and Jesus is not asking you to buck up; he is a truth-teller and invites you to be, as well, because it opens us up to receive what we really need, which is blessing #2.

2. Jesus gives us power, wisdom and endurance. When we suffer, we have an opportunity to testify—to share what Jesus has done and is doing for us in the midst of pain and difficulty. Jesus’s Spirit is right there with us because he has promised to be with us until the end of the age. Jesus promises that he will fill us with words and with wisdom and with strength and with endurance that we cannot muster on our own. We can always rely on a power greater than ourselves to take the next right step because we are never alone.

Apocalyptic passages always serve to encourage believers to remain faithful to Christ during tumultuous times. We don’t need to know “when” the end is coming because whatever we endure in this life, Jesus is with us and will give us the power, wisdom and endurance to get through to other side. You are not alone, and do not have to rely on your own strength or thoughts or even words.

3. Finally, Jesus promises a victorious future no matter what. “Not a hair of your head will perish and by your endurance you will gain your souls.” Jesus always wins, God will always be victorious in the end. It may not sound that way when you turn on the evening news because sin and human brokenness never take a vacation and they never will until Jesus returns—so every time looks like the end time.

But the resurrection of Jesus from the very jaws of death means that God has won and will win in the end every single time. So, don’t be discouraged by the signs of the time, and do not waste time living in idleness and speculating about what we cannot know. Instead—get on with the life and actions of a believer who trusts deep in their soul that Jesus is with them in all things, and God is victorious in the end—no matter what, no matter how, no matter when. As Malachi promises, the sun of righteousness shall rise with healing in its wings.

After church today, we are making new “Chrismons” for the Christmas tree—which are special white and gold Christian ornaments. The word, “Chrismon” comes from the words, “Christ” and “monogram” since Chrismons are usually symbols that represent Jesus—the cross, the lamb, the star, the dove and so on.

This passage from Luke and other apocalyptic writings are here to remind us that even and especially in the midst of turmoil and crisis—we are a “Christ Monogram”—marked with cross of Christ in our Baptism. You know what your fear and turmoil is today, so in the truth of that experience, put your hand on your forehead and retrace the sign of the cross made at your Baptism as you listen to Jesus words:

“Fear not for I am with you, I have called you by name, you are mine. In this turmoil or suffering, I am with you, giving you power and endurance. I have saved you, sealed you with my Spirit, claimed you as my precious child, and made you the very dwelling place for God. So, look to me for wisdom and strength, and trust that God is and always will be victorious in the end.”

Endure with hope, for you are a living offering, a Christ Monogram, a walking prayer, a Chrismon, carrying the victorious God of the universe with you wherever you go.