Do All the Good You Can with What You Have 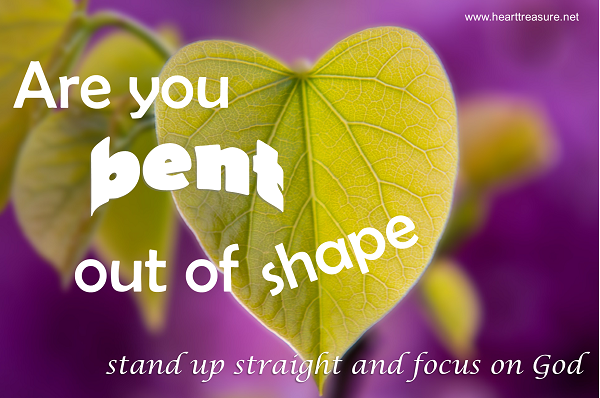 A shared sermon with the Rev. Dan Anderson-Little for the 11th Sunday after Pentecost on Luke 13:10-17 at St. Luke's Lutheran Church in Richardson, Texas upon our return from studying Spanish and meeting with churches in Colombia, South America.

But the issue with the leader of the synagogue is not that he doesn’t care; the fact of the matter is that he cares a lot. He is responsible for running an entire religious organization— he cares so much about his synagogue that he has adopted certain ways of doing things: he follows procedures, he is mindful of the rules—there is a time and place for everything. No doubt, he has committees, officers and budgets—without all of this, community life at the synagogue would be chaos. We understand how he feels, do we not?

But this leader is burdened by more than the efficient operation of the synagogue. He is also hampered by too many needs and demands, and too little time and too few resources. There are always beggars at the gate, widows in need, travelers seeking food and shelter, people who are crippled, diseased and poor struggling to eat. And in the face of such enormous need, the leader wonders how can one synagogue make a difference in the face of all those who need healing and help? There are only so many resources, so many days in the week, so many programs one synagogue can do.

These issues have caused him to focus on limitations: what his community does not have, what they cannot do, who they cannot help, and on this particular day, what cannot happen on the Sabbath. When he focuses on what he cannot do with what he does not have on a day when nothing is supposed to happen, the ruler can only see what is not possible. And so for 18 years, this bent-over woman has remained…bent over.
Jesus walked into that synagogue that day as much for that ruler as he did for the bent-over woman. She is bent-over physically and desperately needs Jesus healing touch and the freedom that healing brings, especially for the chance to be upright for the first time in 18 years. But the synagogue ruler is bent-over spiritually, paralyzed by a fear that accompanies limitations—the false belief that if we cannot do everything we want, if we can’t address every need that we are aware of, then why bother. His preoccupation with the procedures of his religious community and his fear that what help they can offer is never enough, has caused him to no longer see possibility as Jesus does—that every person is a daughter or son of Abraham—an heir to God’s promise, deserving of healing and wholeness.

Jesus sees the bent-over woman and immediately sees the opportunity for her to be standing straight with a vision much greater than the floor in front of her. Even though it is the day of rest and refraining from work, Jesus calls her to him to give her the healing and hope he envisions for her: “Woman, you are set free from your ailment!” Healing is not simply an end to illness—it is liberation to a new life—a life lived in God’s embrace! Jesus places his hands on her, touching her with love, offering her mercy, acceptance, and peace. For Jesus, Sabbath is much more than following rules to show how much we love God; rather, Sabbath is living in the freedom and peace of how much God loves us.

Dan
As you know, Linda and I were in Colombia over the past few weeks. Colombia is a country a little more than twice the size of Texas. It has 50 million citizens and over the past five decades has endured a civil war and the scourge of narco-trafficking. While it has a reputation of being a violent place, the war is now over, and the drug cartels have lost most of their power. We found a country that is working to be more peaceful and is modernizing at a dizzying rate. Colombia has a growing middle and professional class. It is a fascinating, beautiful country populated by warm and caring people. But like all places, Colombia also has tremendous needs. While the standard of living is increasing, there is still a high rate of poverty, in both the cities and the rural areas. While the war is over, there are still long-standing resentments and challenges as the country comes back together. And recently Colombia has been inundated by refugees from neighboring Venezuela—people who are escaping the collapse of their country’s society and economy.

It would be easy for anyone to imagine that in the face of such need, that churches—especially Protestant churches in a predominantly Catholic country—would just give up. Why bother trying to make a difference when resources are so few and the need is so great? We wouldn’t blame churches in Colombia if they kept their heads down and just took care of what was necessary—if they followed procedures and rules to keep the church going. But that is not what we found in Colombia. What we discovered is that Lutheran and Presbyterian churches in Colombia are doing the very thing that Jesus did in this morning’s story. These small, seemingly insignificant congregations don’t just see needs—they see possibilities. The church in Colombia sees daughters and sons of Abraham—heirs to God’s promise, deserving of healing and wholeness. And while the resources of these churches are few, they respond in ways that change lives and bring hope.

One afternoon in Bogota, we met with Lutheran Bishop Atahualpa Hernandez. He told us about some of the outreach that the Lutheran Church of Colombia is doing. Now mind you, this is a denomination of 25 congregations in the whole country! We wondered what difference such a small church could make. Bishop Hernandez told us that in the rural areas where there are Lutheran churches, areas that were hardest hit by the civil war and where is there is a great need to bring people together in hope and trust, the Lutheran Church knows that it is called to be a witness to the new life that is ours in Jesus Christ. They host dialogues, help heal deep spiritual wounds, and show people how to live in peace.

The Presbyterian Church in Colombia is also very small and like the Lutherans, they are having a great impact. Bogota is a city of 8 million people, and in the entire city, there are three Presbyterian churches. All three churches have a particular outreach—one to Venezuelan immigrants, one that promotes peace in the aftermath of the civil war, and the other has a huge outreach to the poor families in their community. These are small congregations that struggle week in and week out to keep the church alive—but that does not limit their vision—rather it increases their reliance on God’s power. And these churches are making a profound difference in Colombia. We want to share a video with you about la Iglesia Presiteriana de Bethania.

This is the church with the outreach to children and families. I had the opportunity to preach at the Betania church in Spanish three weeks ago, and Linda and I returned another day to see their outreach program. The video is in Spanish, but there are subtitles. It moves along pretty quickly so you may not catch everything that is said. I will give a short summary of the video at the end and Linda will post it at the St. Luke’s Facebook page so you can go back and view it later. The power of this video is that it shows what can happen when a small group of people with limited resources can do when they view the world as Jesus does and when they rely on God’s power to change the world.

Linda
Jesus calls us to follow him in looking at the possibilities of what God can do with what we have.

John Wesley, the founder of Methodism said it this way:

On the cross, Jesus has freed us from all that bends us over and limits our vision of what is possible. Through the power of the Holy Spirit, we can join our sisters and brothers of Colombia in participating with Jesus in the amazing work God can do with all the people and all the resources we have right here, right now.