Living with Hope in Times of Fear 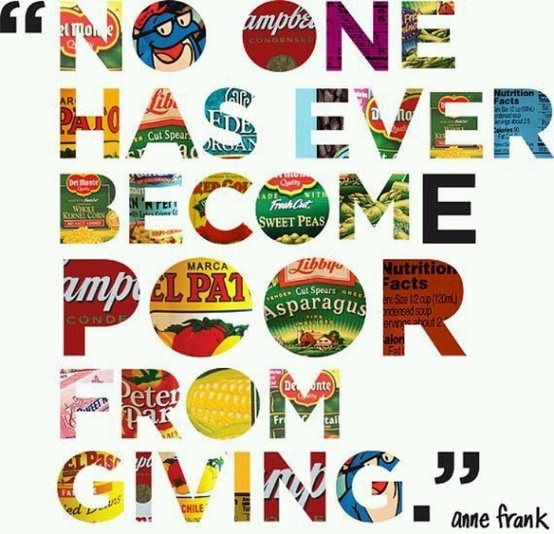 A few days ago I read a story about a family who plays a game as they watch the news, both the local and national broadcast. They would notice and make a list of the things they were told to fear, paying attention to when the newscast crossed from information-sharing to fear-mongering. I encourage you to try this at home. This family found an average of 6-8 fear-inducing reports ranging from race and terror groups, to vaccinations and sunscreens, to the economy and crime (There is healthy fear, but that’s a different sermon).

Fear sells. Perhaps you’ve heard the TV news motto that “if it bleeds, it leads.” Fear sells products, news advertising, political candidates, and public policy. Judging from the ads run during the recent elections, fear as a tool to persuade voters on both sides of the aisle doesn’t seem to be going away any time soon.

Sociologist, Brian Glassner, author of The Culture of Fear just updated his book on why Americans are afraid of the wrong things. He reports that 75% of Americans feel more fear than they did a couple of decades ago. We have an increasing fear in crime and drug rates even though those rates are declining. We fear losing jobs to immigrants when the unemployment rate is 3.7%, the lowest it’s been in decades.

Religious fear of God’s judgement and eternal damnation has been a big seller over the centuries to get believers to remain committed, to convert, or even to give. The Left Behind series or the Apocalypse Diaries are a few examples of our fascination with a corrupt theology base on a God of fear and malice rather than a God of mercy and steadfast love.

It sounds like our Scripture readings for today are right in line with the fear-mongering. Both our Gospel reading from Mark and the Old Testamnet reading from Daniel are considered “apocalyptic” passages that are concerned about the end times. Jesus talks of wars and rumors of war, the temple being destroyed, and the proliferation of earthquakes and famines. There’s a lot to be afraid of in this passage.

But Jesus’s words in this passage are more descriptive than predictive. Scholars date Mark’s writing shortly after the Temple was destroyed by the Romans in 70 CE (Common Era). It was a terrible time of chaos and conflict when the Christian community as well as Jewish communities, struggled to find meaning and hope as their Temple and their life was shattered.

The book of Daniel was the last book of the Hebrew Scriptures to be written---about 165 years before the birth of Jesus when the Jews were terribly persecuted by the Seleucids, a Greek Empire. The Israelites lost control of the Temple and therefore were not allowed to read the Torah, circumcise their male babies, nor practice their religion. The Jewish revolt that resulted led to the Festival of Chanukah when one day’s worth of lamp oil in the Temple burned for 8 days.

Instead of inflaming small fears into massive campaigns or creating fear where none existed, these apocalyptic passages were written to do just the opposite: to give people hope during challenging times. Our texts today are an antidote to those selling fear; they are the opposite of fear-mongering. Daniel promises that times of great anguish are also the very times that God’s angels come to offer salvation and strength. The persecutions last for only a limited time, but God’s power will stand forever. So be encouraged and stand firm--look for and live with hope in the future that God promises. Daniel promises, “those who are wise shall shine like the brightness of the sky, and those who lead many to righteousness, like the stars forever and ever.”

In the Gospel, Jesus acknowledges the difficulty in being faithful to his mission of love, healing and wholeness when the powers-that-be would rather kill the Jesus-movement and him with it. But Jesus says in no uncertain terms, “… the good news must first be proclaimed to all nations.” Jesus reminds the disciples that they have a job to do, and that’s to spread the good news of God’s love and unconditional grace and acceptance which is offered to all.

“You will be opposed,” Jesus promises. But then he promises the Holy Spirit will speak for them and through them. It may not look as though God is control, but the Holy Spirit will give you the power you need. These passages are not designed to predict what’s going to happen, but to affirm that God always wins in the end. Therefore, we can live and act in hope, even in times of difficulty.

Psalm 16 offers the very same message: “Protect me, O God, for in you I take refuge. I say to the Lord, ‘You are my Lord; I have no good apart from you.’ Those who choose another god multiply their sorrows; I keep the Lord always before me; because he is at my right hand, I shall not be moved.”

Hebrews offers the same hope: “Let us hold fast to the confession of our hope without wavering, for he who has promised is faithful….when Christ had offered for all time a single sacrifice for sins, ‘he sat down at the right hand of God,’ and since then has been waiting ‘until his enemies would be made a footstool for his feet.’”

Fear sells, but as Christians, we’re not buying! God calls us to be stewards of hope, who can see beyond the immediate difficulties and trust that the God who raised Jesus from the dead is working out more than we can ask or imagine.

Last spring, my husband, Dan traveled to Cuba with Presbyterians from northern Texas. He met an 80-something female pastor named Ofelia, who was the first woman of any denomination ordained in Latin America. During the Communist revolution in the 1960’s, as the government was confiscating land, and the church didn’t know if it would be able to keep its property, Ofelia heard the Lord call her to purchase a plot of land for children to go to Bible camp. Most people thought she was crazy because there was no guarantee they would be able to keep the land—people were afraid—and making decisions out of fear. But Ofelia was a steward of hope. She bought the land, and over 50 years later, children are still going to Bible camp on that piece of land!

Ofelia’s story reminds us that fear sells, but as Christians, we’re not buying! The good news of God’s love calls us to be stewards of hope. Today as we offer our pledges of time, talent, and treasure, we offer so much more than support for a church budget or the work of a committee. To commit ourselves, our lives, our time, our resources, and our abilities to the work of God in this congregation is an act of defiant hope in a culture of fear. We’re following Jesus’s instruction that the good news must be proclaimed to all nations and no amount fear-mongering, is going to stop us.

As stewards of hope, we offer not just a pledge card and a Time and Talent sheet, but rather, we’re letting the world know that life precious, that in this community Christ reigns, and that there is no fear or difficulty that can divide us nor deter us from standing firmly on the power of Christ’s once-and-for-all-sacrifice for the salvation of the whole world.

As Jesus says, we have a job to do, and that’s to spread the good news of God’s love and unconditional grace and acceptance which is offered to all. The Holy Spirit will give us all the power we need to get the job done for there is so much more to which God calls us—more than we can ask or imagine. It won’t always be easy, but we will always be blessed—because all we need has already been bought by Christ, who vanquished death and the enemy forever. Therefore, we do not fear.

I invite you to offer your time, talent and treasure to God as a steward of hope at St. Luke’s! For I see you shining like the brightness of the sky, and like the stars forever and ever.