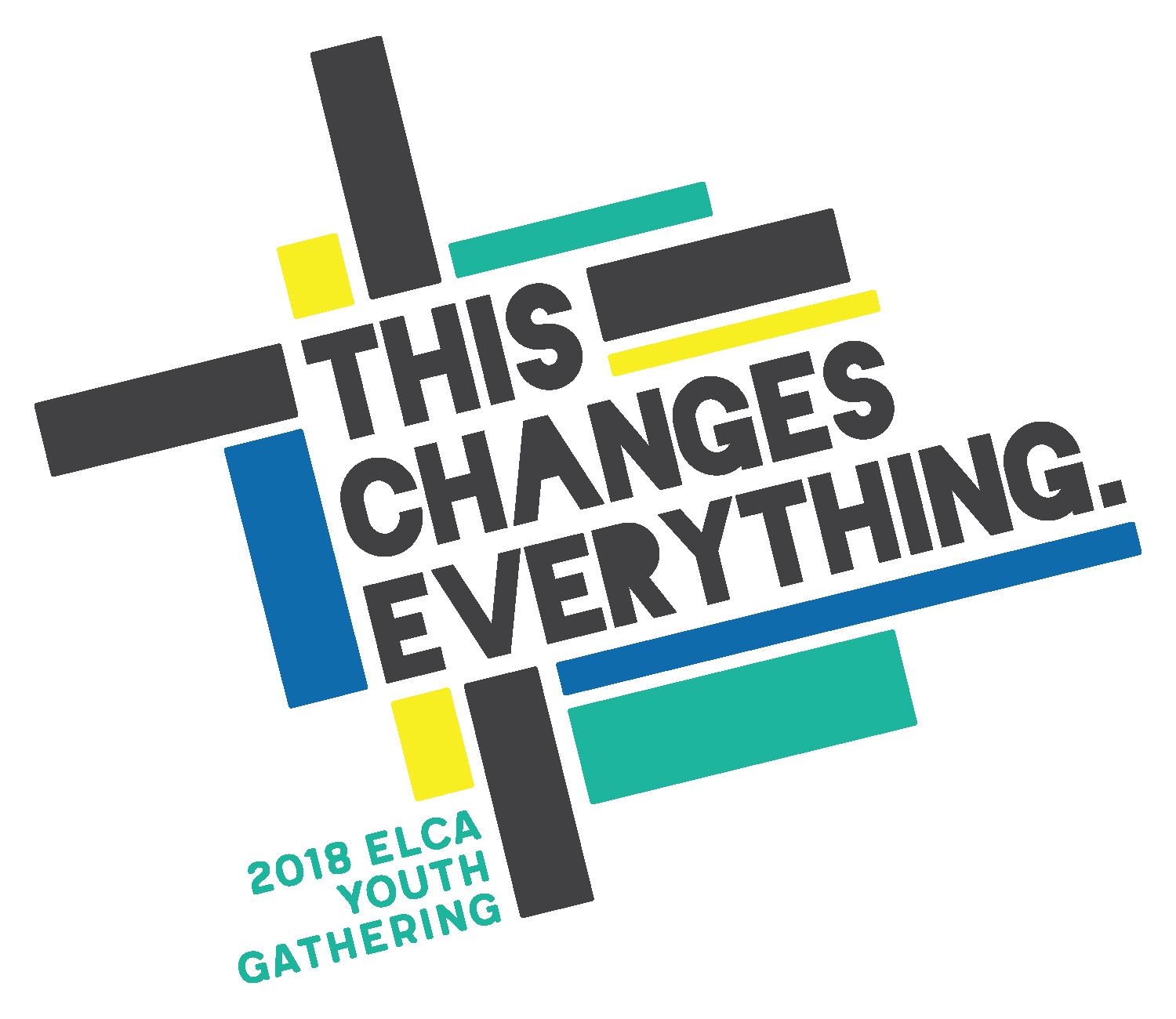 The ELCA National Youth Gathering happens every three years, and I was blessed to arrive at St. Luke's in Richardson, Texas in time to join another adult leader and three young women in Houston, Texas June 27-July 1. What follows are the three short talks given by each youth at the worship service sharing their experience! The theme of the Gathering was, "This Changes Everything" based on Ephesians 2:8: “For by grace you have been saved through faith, and this is not your own doing; it is the gift of God.”

Caroline: My favorite part of the Youth Gathering was all of the speakers we got to hear. I loved hearing their stories and the struggles they had, and how they got through them. It was inspiring and I left with a new perspective on my faith. Two of my favorite speakers were stolen by the other two youth, but hey, maybe it was a sign from God that I should do my speech on someone else.

So, the speaker I chose was Will Starkweather, who struggled with anxiety and depression, and turned to self-harm to help him cope. It was something he could control in an uncontrollable world. He did this for a while, and finally one day decided to talk to his pastor. He went to him with this fear, and this anger, and this hurt, and this shame that was inside him, and his pastor responded with 4 words. “You’re going to hell.” This broke him.

Will stopped going to church, dropped out of school, fell into a deep depression, and continued to cut. The next two years he tried to get his life in order. He went back to school, found a new church, and was playing guitar in their praise band. He wanted to join the church, but was felt that he was too broken.

Eventually, Will got up enough courage to sit down sit down with their pastor, and for the second time told his story. She also responded with 4 words, but this time those words were, “There’s grace for that.” Those words changed his life, he began to share his story and help others. Will is now a Lutheran pastor!

Whatever we go through, whatever we deal with, whatever mistakes we make, “there’s grace for that!” And that’s something we all need to be reminded of—no matter what, God offers us grace and love.

Ashley: My favorite part of the youth gathering was meeting new friends and seeing old friends. My favorite speaker was a transgender girl who was only a 11 years old. Her name is Rebekah Bruesehoff and she came to the Gathering stage with her Mom, Jamie. Rebekah was born a boy physically, but from a very young age, she knew that she was a girl inside. Her family and school worked with her to make the change physically and emotionally into being the girl she knew herself to be.

I found this to be inspiring because I have a friend who is going through a similar transition. Rebekah helped me to understand it and gave me hope for my friend.

Rebekah and her mom are committed to sharing their family’s story to bring hope and support for transgender kids worldwide. I was amazed at 11 years old that she spoke to us—a stadium full of 30,000 people! But she has already been on TV, spoken to politicians, and has been a positive role model since she was 8 years old.

As Rebekah said to us, "we don't have to wait until we’re all grown up to make an impact, we can be hope for the church and for all people. They need us."

Virginia: My favorite part of the Youth Gathering was listening to all the speakers. They gave me deeper faith in God, and more hope for our church. The speaker who affected me most was Maria Rose Belding. She said that there was more than enough food in the world, but in the US, we throw away 40% of it. The US is not suffering from drought or crop and economic failure, yet 1 in 8 people still need to rely on food pantries for enough to eat while so much is wasted.

Maria quoted 2 Corinthians, where God says, “my grace is sufficient for you, for power is made great in weakness.” At age 14, she started a non-profit called MEANS, which matches retailers who have extra food with food pantries who can distribute it. They have moved 1.8 million pounds of food in their first 3 years!

I found this very powerful because of what she said next. She said she believed she was "shattered beyond all repair." She is diabetic, has major depressive disorder, 8 diagnoses and 9 prescription medications. And the worst part was, in her last two years of high school she was raped by her mentor for thinking she might be queer. When she went to her congregation, she was told she was dirty and unclean, that no one would want to marry her because she wasn’t “pure.”

She then went on to say that, “we are not what has been done to us, but what our Savior has done for us.” There is more than enough hope in the world for us! We are not dirty, used or broken, but we are loved enough by God!"

This was the most powerful story to me. I consider it a beacon of hope for anyone who thinks of themselves broken beyond repair. Through God’s love, we can make a big impact for others like Maria is doing.

Powerful experiences! Our next Youth Gathering is June 29-July 3, 2021 in Minneapolis--we hope you will start planning now to be there, as a youth, an adult chaperone, or volunteer!