Thomas: A Doubter Whose Time Has Come 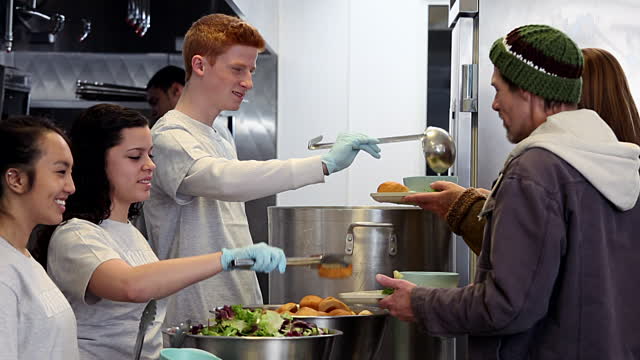 Can you imagine being called "a doubter" for 2-millenia? Thomas was also a twin, but no one calls him that. Can you imagine showing off the family photo album? "This is Sarah, who married a nice boy from Bethany; here is Timothy—he runs a sheep-shearing business in Jerusalem; and that one’s Timothy’s twin, Thomas—well…. he’s a doubter."

What does a guy have to do to get a new reputation? Maybe Thomas’s time has finally come.

The other disciples have experienced a miracle—Jesus, risen from the dead in the flesh and speaking to them. But Thomas wasn’t there—Scripture doesn’t tell us where he was, but I suspect that he was working. Tradition holds that Thomas was an architect and a carpenter - a discipline that requires not just that he talk about what he can build, but proves it in reality with buildings that are structurally sound and houses that hold up during storms.

In other words, to get new clients, Thomas had to “show his work.” I bet every student here has heard their teacher, especially in math, instruct them to, “show your work!” I lived in Missouri for 25 years and the first thing I learned when I moved there was that it’s the “Show Me” state. Missourians are people who say, "don’t tell me – show me!"

And isn’t this the very nature of our tradition as Lutherans? Martin Luther himself said to the church in the 16th century: “Show me! Show me where indulgences and purgatory are in the Scripture." Instead, Martin Luther tried to show them that we are saved by grace through faith and not by our own work or merit. All of which is to say, that Thomas was not a doubter – he’s a Lutheran from Missouri!

Of course, you don’t have to live in Missouri to want others to walk the walk, and not just talk the talk. We all want people’s behavior to be consistent with their word. We like people to show their work—it’s why resume’s, portfolio’s and even pictures on social media are valued. "Don’t tell me, show me!"

So we understand Thomas when he doesn’t want to be told what to believe—he wants to experience it for himself. He doesn’t want to take something as serious and life-transforming as Jesus resurrected from the dead on the word of someone else—especially when those someones are still too scared to leave the house!

Thomas wants to touch, see and hear Jesus himself—“show me!” Thomas says. Thomas needs a real relationship with the risen Lord. This is exactly what ministry requires of us in the 21st century. Millennials and the generation after them, called “Generation Z,” are not going to believe in God or come to church because their parents or grandparents tell them to.

Younger generations today are very much like Thomas—they say to us, "Don’t tell me what to believe, show me! Don’t tell me about God and your faith, I want to see, feel, hear and experience it for myself. Show me—not in an institution or a building—beautiful and wonderful as it may be—show me out in the world; show me in your daily life; show me the difference it makes today in the life of this community."

Is it any wonder? We should not be surprised by this institutional suspicion since young people today have come of age in a time of dramatic climate change, war and terrorism, the effects of the great recession and rising costs, unmanageable college debt, institutionalized racism and sexism evidenced by the Black Lives Matter and #MeToo movements, and school shootings.

Why would young people today take something as life-transforming as the resurrection of Jesus, life after death, the meaning and purpose of human existence, and a relationship with the ultimate Creator of life and ground of our being, based on something we say in the church? This is especially true, when, like the first disciples, we’ve experienced the risen Lord, but we’re often too scared to leave the building.

So, what did Jesus do when Thomas said, “don’t tell me, show me!?" Jesus offered Thomas exactly what he needed to believe in him! "Put your finger here and see my hands. Reach out your hand and put it in my side. The resurrection is real, Thomas, you can believe! I am here to build a relationship with you!"

Jesus showed up for the other disciples too--even though they still seem to be locked in a room with the door shut! So, whether we are like Thomas, saying, “unless I experience it myself, I won’t believe” or whether we’re locked up inside here and afraid to go into the world—the good news is that Jesus appears to us as we are, and shows us the resurrection is real. He accepts and loves us into a relationship with him.

Then Jesus says, "Peace be with you. As the Father has sent me, so I send you." And he breathes on us the Holy Spirit—all the power we need to go out through the doors and into the world, helping people experience that the resurrection is real! Church tradition tells us that Thomas brought the Gospel through Syria, all the way to southern India where Orthodox congregations in the state of Kerala trace their beginning back to the witness of Thomas!

Young people today want to be involved in hands-on mission and service in the world as they seek authentic community—and when they serve beside people with whom they develop a meaningful relationship—that’s us—then they start believing in God.

Terrific! Our motto as a denomination is “God’s Work, Our Hands”—so that’s easy—we can invite young people join us in the “our hands” part of our mission. Start by asking the youth where they have seen need and might give away the $5 they received during the Children's Sermon. Invite them to volunteer with you at Network Community Ministries or Richardson Road Runner Special Olympics Team who practices here. Invite them to help pack kits for Lutheran World Relief, run a Mosaic birthday party, or do home repairs with First Richardson Helpers.

All we need to do when we encounter young people waiting on us at the Starbucks or the Jiffy Lube, or when we talk with our kids or grandkids’ friends, is to build a relationship with them. Get to know them and what they’re passionate about, what they’re worried about, what they’re interested in doing. And then invite them to participate with you in service opportunities that interest them—or better yet, help start a service opportunity they are passionate about!

Young people enter a relationship with Jesus and come to believe in God, when we love them and show them how faith makes a difference in the daily life of this community! That means that more and more, ministry will take place out there, instead of in here. When we take this call to hands-on, "show-me mission" seriously, then our younger generations will see and feel and touch the risen Lord who can transform their life through His love and presence.

Then we will all rejoice that Thomas’s time has finally come, and show off a new picture album of young people today leading us in expanding our mission.