It's Not What You Know or Who You Know... 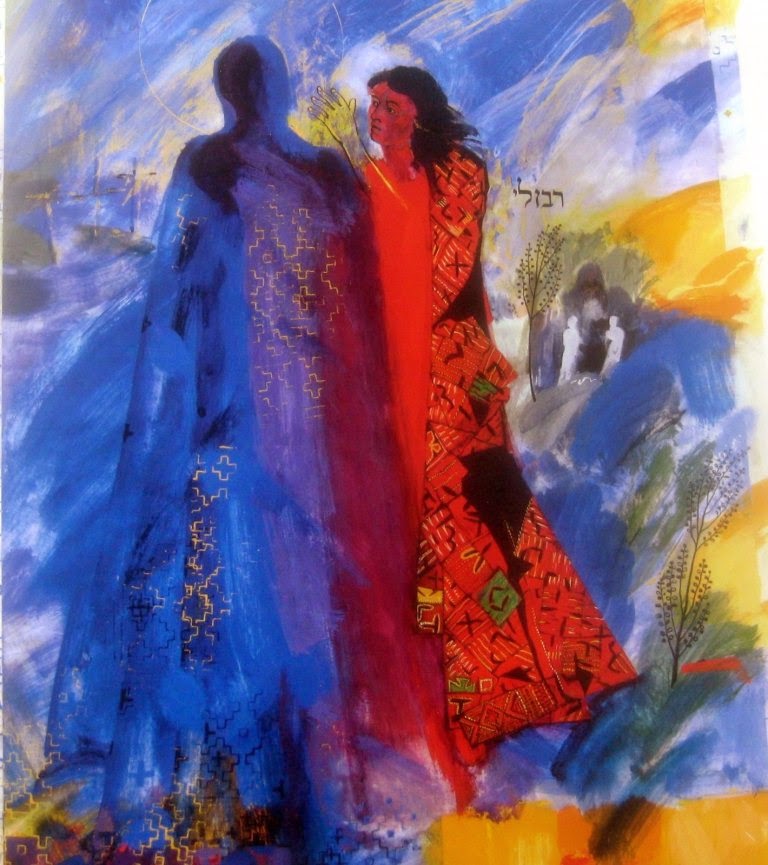 We have all heard the phrase, “It’s not what you know, but who you know.” This was certainly true for Mary Magdalene in our Easter text. Mary Magdalene was streetwise and independent. She knew how to survive in a man’s world. But it didn’t matter what she knew in the eyes of the privileged and the powerful of her day—she was a nobody.

Until she met Jesus, she didn’t know anyone who took her seriously—who listened to her, who valued her, who loved her. For Mary Magdalene, it really was true—it wasn’t what she knew, it was who she knew that made the difference in her life.

But now that “who”—Jesus—was dead, and her life was turned upside down. That is why Mary went to the tomb so early that morning. She couldn’t imagine life without knowing Jesus—without the one and only meaningful relationship she had ever had. Mary Magdalene rose before the sun on that first day of the week to go to the tomb to grieve the one she had lost. Mary gingerly picked her way through the darkness of the pre-dawn, with tears in her eyes and grief in her heart.

But when Mary arrived at the tomb, she was met by an astonishing site. The stone that sealed the tomb had been rolled away. Jesus’ body was gone, and only grave cloths remained. Mary stood at the tomb weeping, thinking someone had taken Jesus’ body away. Mary couldn’t imagine that Jesus was alive—raised from the dead. It didn’t matter that Jesus had mentioned it so many times. Mary knew intellectually about the possibility of resurrection: she knew Jesus raised the widow’s son at Nain; she knew Jesus raised Jairus’ daughter from the dead; she knew Jesus raised Lazarus after he’d been dead 4 days; she heard Jesus himself say a number of times that the Son of Man would be killed and 3 days later rise again.

And yet, there she stood at the empty tomb with Jesus’ body gone—and she was more distraught and dumbfounded than ever because the resurrection was not real for her. Even a conversation with angels didn’t make it real for her! As Mary wept, she turned around and there stood Jesus himself--living and breathing and speaking! Mary sees Jesus with her own eyes. Mary hears Jesus’ voice with her own ears: “Woman, why are you weeping? Whom are you looking for?”

Mary has all the information she needs to trust that Jesus is actually alive: in addition to an empty tomb, folded grave cloths and angels, Jesus himself stands before her and speaks to her. But the evidence before her isn’t enough. It’s not what she knows about resurrection, and now it’s not even who she knows—Jesus is right in front of her. Mary is more confused than ever, thinking Jesus is the gardener!

So what is it that finally makes the resurrection real for Mary? I did not fully understand what it was until my husband’s grandmother had a series of strokes many years ago, and we traveled to Philadelphia to visit her. We learned that Grandmother wasn’t doing well—her memory had been damaged and her activity was severely limited. Dan knew he couldn’t expect much, if anything from this visit. He didn’t know if she would even know who he was.

As we walked into the room, his worst fears were confirmed. Grandmother was lying in bed asleep, and this woman who turned the world over every day, and whose family never ate a store-bought loaf of bread or cake, didn’t even look like herself. She looked all of her 93 years, asleep with her jaw slack. With tears in his eyes, and grief gripping his heart, Dan touched her arm gently and woke her up. He said, “Grandmother, it’s me, Danny.” She opened her eyes and looked over at him. In a familiar voice—a voice that had read him stories, a voice that had said prayers and tucked him in bed at night, a voice that had called him to the dinner table--in that familiar voice, Grandmother looked at Dan and with the delight of recognition, she said, “Oh, you sweet boy.”

We’ve all come here looking for something. We have all come hoping to make sense of Jesus’ death, hoping to discover some truth about God, hoping that, for us, the resurrection might be real. But underneath all that, we really came looking to be found—to be completely known by the Savior who calls each of us by name. We came to restore a relationship that maybe we feared was lost—perhaps we haven’t been praying, or  haven’t been to church in a long time, or we can’t let go of guilt or shame, and we thought our chance for God’s love was gone. Or perhaps we come every Sunday, but never really believed Jesus died for me, personally.

We each came today to be known intimately by name—by Jesus. No matter who you are or who you know; no matter what you have done or what you know—Jesus died for you, and this morning, he calls you by name. There’s nothing he wants more than for you to receive his love, to be in a relationship with him, to engage in a daily conversation with him about the details of your life and the desires of your heart.

The banner on the altar says, “All Are Welcome” and that means you! You are welcome at Jesus’ table, to be forgiven, to be released from guilt, fear and shame, and to be loved just as you are, right now. Because Jesus knows you—Jesus knows your pain and worry, your struggles and fears, your hopes and dreams.

With Mary Magdalene, we leave this Easter Garden today, realizing that it’s not what we know, it’s not even who we know, it’s Who knows us, and you will never be forgotten or alone, ever again. We can join Mary, running from here saying, “I have seen the Lord and he knows Me by name!”