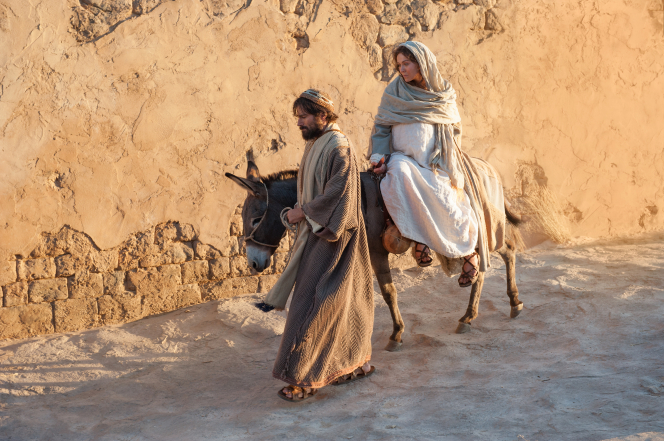 Have you ever wondered what enabled Mary, the mother of Jesus, to say “yes” to God? Her pregnancy outside of wedlock brought good news to us, but it was bad news for Mary. To conceive outside of marriage broke the religious and cultural laws of her time; the punishment was death by stoning. Joseph would be expected to break their engagement, as any self-respecting first century Palestinian Jew would. Her family would disown her; if they let her live, which was unlikely, she would be ostracized and alone. A virgin made pregnant by the Holy Spirit? No one would believe that. The visit of the angel Gabriel to this young teenage girl, already betrothed, must have felt like the kiss of death.

This Scripture story sounds different to me this Christmas, after a season of #MeToo stories coming out weekly in the news. Why have women waited so long in silence before telling their truth? Perhaps because telling their stories would have felt like the kiss of death; they could lose everything—their careers, their credibility, maybe even the support of their families. They could be ostracized and left alone.

It would be easy to spiritualize Mary’s response and believe she said “yes” because she had a deep faith and connection to God. I think this was true in part. But perhaps there was also a more practical, human, relational reason Mary was able to step into this precarious and dangerous role. What if Mary said “yes” to God because she trusted that no matter how unlikely her story sounded, Joseph, her fiancé, would believe her?

To believe her, Joseph would have to let go of his power and privilege and risk everything with Mary. He also would have to physically protect her. Joseph could have gone to Bethlehem alone to register for the census, but instead, Mary traveled with him in the ninth month of her pregnancy. Perhaps it was the only way Joseph could keep her alive.

Today, women don’t need men to protect them physically in the same way, but women do need Josephs who will believe their stories of harassment and abuse. Women need colleagues, friends and family members — male and female — to listen to the truth of their experiences, even and especially when it puts at risk their own power and privilege, even and especially when that story is radically different from the hearer’s own experience. We need men to hold each other accountable for appropriate behavior in all arenas of society. We need men who, recognizing their own past failings as they listen to #MeToo reports, make amends by shifting their behavior, and by advocating for necessary changes in cultural attitudes and in workplace policies and practice.

When we seek the good of the whole community, we enable more and more people to say “yes” with Mary, to all of whom God calls them to be.